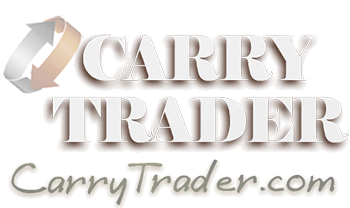 What is Forex Carry Trade?

Forex Carry Trade means selling a low-interest rate currency and buying the same amount of a high-interest-rate currency. The concept is to make money based on the interest-rate differential.

When Central Banks Change their Rates?

These are some general conditions for successful carry traders:

(1) Entering in the Beginning of the Interest Rate Cycle

As mentioned earlier, carry trading is very effective when central banks increase or plan to increase the level of interest rates. The key for carry traders is to enter in the beginning of the interest rate cycle.

Example: Since 1992, the rate of the Australian Dollar moves in a broad range between 1.5% and 7.5%. Currently, it is found at 1.5% and that means that it is close to starting a new interest rate cycle.

Even though carry traders are fundamentalists, they should always take a look to technical analysis charts. A carry trader follows long-term trends, and in that sense, he needs to perform chart analysis. Carry traders don’t want to trade against the master trend, neither to enter a market that is about to correct.

(3) Use Trading Leverage with Caution

Carry trades are more effective in a low volatility environment. Large carry traders, such as hedge funds, prefer to trade currencies that are not very volatile. Hedge funds can predict with relative precision the outcome of low-volatile investments.

Carry traders should always focus on healthy economies that can offer long-term growth opportunities. Opening carry-trade positions in an economic environment where the domestic rates increase due to panic and massive capital outflows is not wise. Capital flight creates a problematic economy that incurs enormous risks.

Carry Traders tend to sell the Japanese Yen (JPY) as it is a currency traditionally offering low-interest rates.

(ii) The yen amount is converted to US dollars

(v) After some time, the investor sells the US Treasuries, then, he converts US Dollars to Yen and pays back its initial loan

When is the Yen Carry Trade more Effective?

At times when the Bank of Japan (BoJ) aims to produce a flexible (cheap) Yen, this practice may be very profitable. Note that the Bank of Japan is an almighty player in the global Forex market as it holds massive foreign exchange reserves.

The interest rate differential between two currencies can create significant opportunities for carry trading. Since the year 2000, carry trade has become a popular long-term trading strategy for large investors and currency hedge funds. There are two main carry trade strategies:

(1) Borrowing Yen, convert them to US Dollars, and buy US Treasury Bills (the Yen Carry Trade)

It seems that carry trading has become one of the key drivers of long-term Forex trends. Carry trading affects not only the Foreign Exchange market but other major financial markets, as well. The practice of carry trading causes the appreciation of US Dollar against low-yield currencies such as the Japanese Yen and the Swiss Franc. In addition, carry trade causes the appreciation of the US bond and equity markets. Finally, as the US Dollar moves higher, commodity prices (which are priced in USD) tend to depreciate in order to re-balance the equilibrium between supply and demand.

Focus constantly on improving your trading process and money will flow naturally:

Sharpen your Trading Skills by taking the advice of successful Forex Traders... 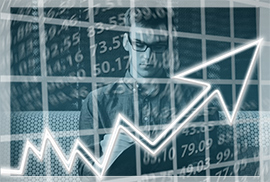 The Foreign Exchange Market is the largest Financial Market in the world with daily volumes of more than 4 trillion USD. When trading Forex you need a reliable and high-regulated Forex broker and a trading strategy that works:

(i) Introduction to Forex Trading

If you are a trader, learning is a non-stop process. CarryTrader offers a wide variety of educational resources including trade tools, techniques, and strategies: